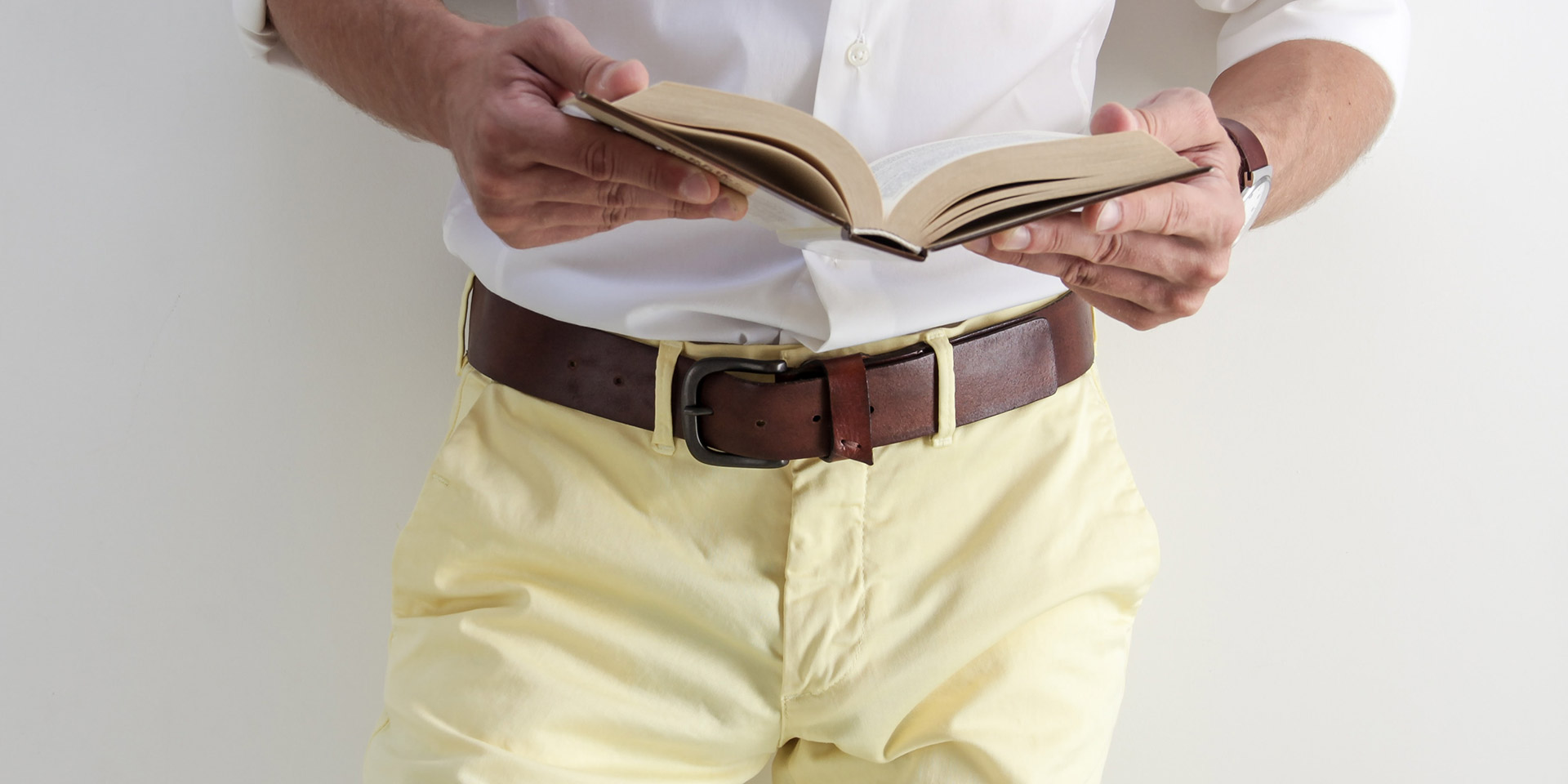 In terms of accessories for men’s clothing, few items are more important than a belt. A perfectly-crafted outfit can be completely thrown off by the incorrect belt.

Fear not, though, because we’re going to teach you everything you need to know about choosing the right color belt for the clothing you’re wearing.

But what if you’re wearing white or gray shoes? That’s where the aforementioned exceptions come in! You should never wear a white belt with white shoes (or a gray belt with gray shoes).

If you want to wear a pair of white shoes, you should wear them with a black belt. Just remember that white shoes are a bold choice, and you need to be careful when you choose to wear them.

This same rule applies to white sneakers. You’ll just want to go with a more casual belt, which we’ll get to in the next section.

If, for example, you’re wearing a pair of brown suede boots, then you’ll want to wear a brown suede belt. It’s all about creating a cohesive look that blends the belt and shoes together smoothly.

What Belts to Buy If Only Want Two

Not everyone wants to own twenty different belts to go with every single pair of shoes, and that’s perfectly fine. If you just want to own a couple of different belts, then you should pick out your two favorite pairs of shoes and match your belt with them.

So if you have a pair of brown boots you wear all the time and a pair of white sneakers you adore, you should get a brown belt and a black one. Since the black one is designed to go with sneakers, you should opt for a wider belt. With boots, it’ll depend on whether they’re casual or formal in terms of how wide your belt should be.

The idea here is to have two belts that match as many of your outfits as possible. If you can get more, you can get a bit more creative, but if you want to save money, go with what matches the most possible outfits.

Dave is a staff writer at Modern Ratio. He's a long-time geek who turned on to style late in life, and now writes to share what he's learned with those who are just starting their own style journeys. He's based in Pennsylvania.

The 10 Best Sporty and Stylish Sandals for Women

How to Tuck in Your Shirt: 4 Tips for Women

A Quick Guide to Men’s Sock Styles: Which Is Right for You?

How to Wear a Denim Shirt Like a Boss

How to Wear Joggers and Sweatpants (Without Looking Like a Bum)